30 years In The Offshore Industry

We visited the vessel in Genoa and satisfied ourselves of the suitability for our project.

Currently we are in continued discussions with the Ministry of VWS and expect to be able to update soon.

We are pleased to announce the availability of sale for the 150 tons Liebherr Litronic MTC 6000-150 crane. The crane has been removed from the M/V “Calamity Jane” and is available in Rotterdam.

Built in 2007, with a max working radius of 44.9 meters and 560 meters working depth, the crane is (as far as we know) the only readily available 150 tons SWL crane of its kind currently available on the market. It is well suited for large accommodation vessels/barges, semi-submersible rigs, pipelay barges, Windfarm construction and support vessels, jack-ups etc

Please do not hesitate to contact us for further information.

After fixing her on a long term charter in 2019 to Congo only to be early released due to Covid-19, we are delighted to see the AWB Otto1 again working through our brokerage, now in Angola 🙂

Safe sailings to all the crew and thanking ABC and Nortech for their trust.

Romas Marine is proud to announce having been appointed a Central Agency for the charter of the below pipe-lay barge on behalf of direct Owners for the non-Chinese market. Please see main specifications of the pipe-lay barge along with the brochure as per below:

It is with great disappointment that Romas Marine announces the discontinuation and reversal of the planned expansion of the group globally.

During 2019 we started to expand the company by signing broker-agent agreements and established representative offices in Rotterdam, Singapore and Aberdeen. Plans were on the table for Dubai, Houston and Rio.

Having gone through the recessions in the early 90ies, SARS and the Asian crisis in the late 90ies, the brief recession following 9/11, the GFC in 2008 and the terrible tsunami that hit our industry in 2014/2015 we anticipated that we were operating in a market which had nearly recovered from the bloodshed of recent years and were confident the next recession would take some time. Hence our expansion.

I survived as a broker through all these difficult times. I moved to Australia with my young family to start a new broking division within Asiaworld in 1999, truly a time when the industry was suffering. During the first year not one single fixture. As a “fixture-junkie” those were tough times which were followed by 7 very good years due to globalization and the consequent resources boom.

Then the GFC hit.

In 2009 we started with Romas Marine in Monaco. Right in the middle of the GFC, still the worst financial crisis since the Wall Street crash in 1929. We struggled but were able to survive. We had to cut costs, adapt, work harder but made it through.

Even until today the effects of that crisis could be felt in our industry. Companies like Bourbon, Solstad, Tidewater, McDermott and many more had to be refinanced simply as an after-effect of the drop of the oil-price from $ 140 to $ 30/barrel. 15 years after our first fixture less year, we faced a year again without a single contract. We had to adapt once more, cut costs, work even harder for much longer. Work a full year 2015 every day 12 hours, weekends, Christmas, Birthday parties. Not earn a single Euro. In early 2016 we ended up creating an equipment bidding website “RMBIDS.COM” which became a success and allowed us to continue providing services in this dynamic industry. Although RMBIDS.COM stopped, we continue to trade marine equipment to this day. The company grew back to health and we started to employ new people and expand the group.

Now we face a recession on the back of this 2015 oil-crisis. The size of the recession seems like a Black hole to an astronaut floating in space. We have no idea how big it will be and what lies beneath. Large Shipowners have no fat on their bones, they have no financial buffers while trade reduces globally with 40%. We can see them “floating” on the event horizon but they may already be long gone.

Unemployment in the US – the world’s biggest consumer – rose with 21 million people in only 3 weeks.  No planes flying, means less oil needed. People having to stay home means no cars driving so no or much less oil and/or renewables energy needed. Reduction of 10% output by OPEC seems just the beginning. A reduction of a further 10 to 20% seems likely. 60% of offshore projects cancelled or delayed or stopped. Until a vaccine is found we shall be living in a 1,5 meter / 5ft society. In such a society there is no place for travel, hence much less need for energy. Even the renewables market will suffer tremendously. At this time we cannot see a single glimmer of hope for our sector to return to a level where the oil majors shall invest within 2020 and going into 2021. Investments which are necessary for our industry.

If we look at the developments in Oxford University and make a comparison with 2009/Mexican flu, a vaccine should be available in September/October 2020 with the pandemic declared over towards the very end of this year. We don’t know how much damage the recession will have done by then, but we can only hope to enter a 2021 where at least there is hope for recovery.

Our hearts go out to the families of those whom are affected by this virus be it through bad health or be it through unemployment.

For now as Romas we need to cut costs, work harder, longer and adapt.

Despite extreme challenging times, last week we managed to deliver to our clients in China one 100 tons SWL AHC Subsea crane make MacGregor. This crane was manufactured in 2015 and was never used. It will be shipped to China where it will be installed on a newbuilding CSV.

We would like to thank our highly valued clients in Norway and Mexico as well as GRS as brokers for this deal.

We truly are thankful for the trust and support from everybody who made this a success, despite the tremendous difficulties we are facing these days.

This sale also proves the added value of becoming exclusive Romas broker-agent as the crane, previously unknown to us, was introduced by our representative in Aberdeen. 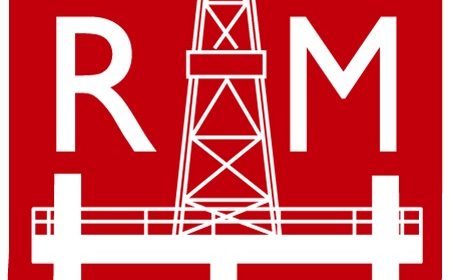 ROMAS Marine is looking to hire SNP/chartering Brokers for their Rotterdam Office preferably with affiliation or experience with the Energy sector.

The right candidate should have a minimum of five years experience in a similar role and be motivated to grow their business unit in a fast growing company.

This is a full-time position based in the new Rotterdam office, availability to travel required.

ROMAS Marine in Monaco was founded in 2010 by Roland C. Brautigam who brings over 25 years of experience into the shipbroking industry.

For further details please send your CV to roland@romasmarine.com